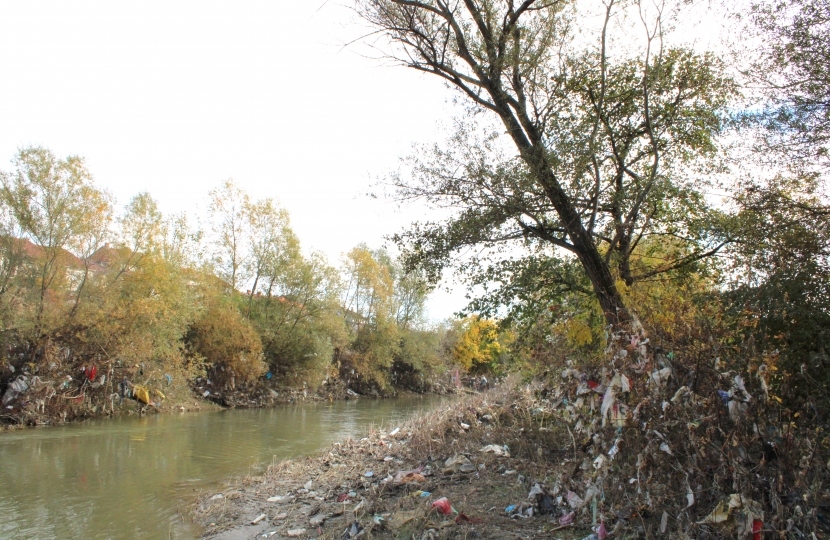 The Storm Overflows Taskforce – made up of Defra, the Environment Agency, Ofwat, the Consumer Council for Water, Blueprint for Water and Water UK – has today agreed to set a long-term goal to eliminate harm from storm overflows. Following recommendations from the taskforce, water companies will also increase transparency around when and how storm overflows are used.

Last autumn Mr Thomas backed a Private Member’s Bill, the Sewage (Inland Waters) Bill, introduced by Philip Dunne MP, which has the aim of ending sewage pollution of UK rivers. While progress of this bill has stalled due to the decision for Parliament not to sit on Fridays because of the pandemic, Environment Minister Rebecca Pow MP and her officials at DEFRA have been working with Mr Dunne on ways to support the aims of his Bill.

Since 2010, 884 storm overflows, which have struggled to cope with increased rainfall brought about by climate change, have been improved to reduce their environmental impact and frequency of operation, with a further 798 improvements planned for the period from 2020 to 2025.

Water companies, through the Storm Overflows Taskforce initiative, have agreed to make real-time data on sewage discharges available at bathing sites all year round, meaning surfers, swimmers and other water users can check the latest information, especially after heavy rainfall. Water companies will accelerate work to install monitoring devices to create a complete picture of their activity by 2023 and the taskforce has agreed with water companies that they will publish annual monitoring data on their websites about their use of storm overflows so progress in reducing their use can be tracked. The Environment Agency will compile this data into an annual report that is easily accessible to the public.

Mr Thomas said: “Surrounded as we are in West Cornwall by the sea , we are very aware of the impact changing weather patterns and the increasing frequency of flash floods has on overloading our outdated water infrastructure and causing pollution in our rivers and coastal environment.

“A great deal of work needs to be done by the government and water companies to address this issue that risks the natural environment and human health when people go surfing or swimming – which is why I have supported Philip Dunne’s Bill. There is still much more to do but I look forward to supporting the work of the Taskforce in cracking down on pollution in our waterways and seas, however it gets there.”