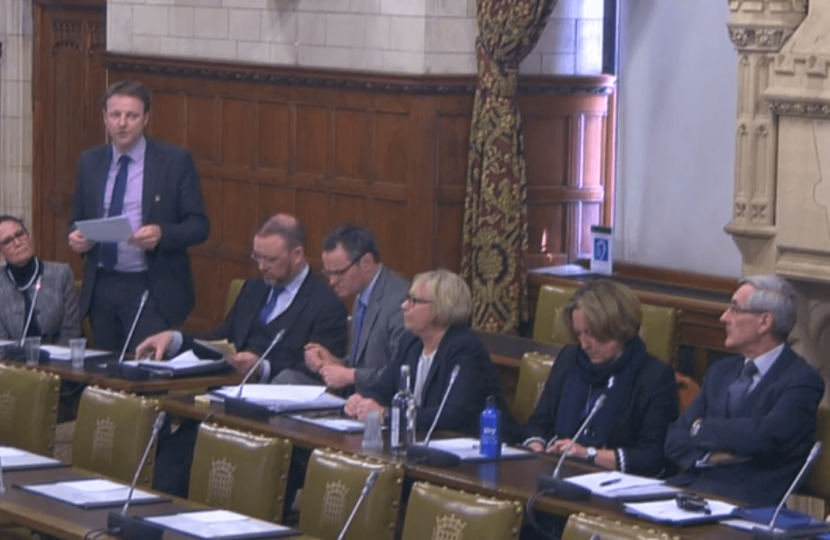 Leaving the EU presents a ‘once-in-a-lifetime opportunity for the UK fishing industry to take a different and better path’ and, as such, it should not be part of a broader transition deal, West Cornwall MP Derek Thomas has told Government.

Speaking in a Westminster Hall debate on Future UK Fisheries Policy this week, Mr Thomas said there were growing concerns amongst more than 160 members of the Newlyn-based Cornish Fish Producers Organisation (CFPO) about the terms of the UK Government’s proposed implementation period for Brexit and its “potentially disastrous implications on the fishing industry”.

“It is imperative that the UK Government confirms and demonstrates its commitment to leaving the Common Fisheries Policy (CFP),” said Mr Thomas.

“This commitment can only be demonstrated clearly by ensuring fishing is not part of any transition/implementation deal and by the UK taking full responsibility for British waters on 29 March, 2019.

“The sector has been consistent and unambiguous in their expectation that full control over access to UK waters and management of our fisheries as an independent coastal state genuinely begins from March 2019 when we withdraw from the EU and CFP.”

In his speech, Mr Thomas quoted at length from a document by the CFPO outlining their  reasons why fishing should not be part of a transition/implementation deal with the EU.

These include the belief that if the UK accepts that fishing should be part of a 21-month transitional period, that would signify that the Government has decided that fishing is politically expendable and that other trade issues take priority.

The CFPO also argues that once the UK leaves the EU, in March 2019, UK ministers and UK officials will no longer be party to decisions within any of the European institutions, including those which set quotas and make other rules on EU fisheries.

They say this would be prejudicial to the interests of the UK fishing industry, tying the industry into fisheries management decisions in which the UK was a ‘mere rule-taker’.