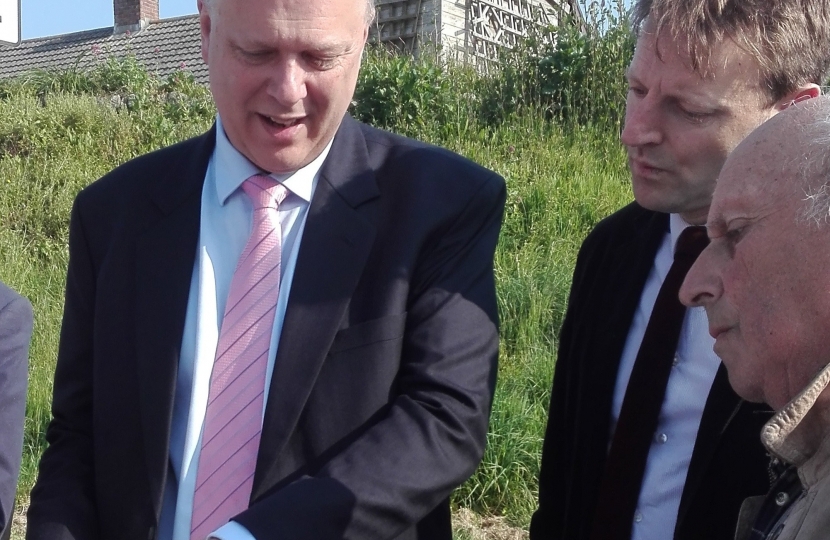 MP Derek Thomas hopes that the announcement of a £27 million pound boost for cycling, heritage and wildlife projects along the A30 in Mid-Cornwall will pave the way for further, similar investment in the west of the county.

The funding, from Highways England, will pay for a wide range of initiatives including 30km of cycle paths (creating a network linking Truro, St Agnes, Perranporth and Newquay) and will be used to restore rare heathland habitat and Bronze Age barrows, reduce flooding and water quality issues and fund habitat and heritage projects in Mid-Cornwall.

Mr Thomas is pressing for Highways England to provide a similar investment in the environment and wellbeing of West Cornwall residents if campaigners are successful in getting a project to dual the A30 from Camborne to Penzance included in the next round of the Road Investment Strategy (RIS2).

Mr Thomas has supported efforts to improve and upgrade the A30 from St Erth to the Newtown roundabout since first being elected as MP in 2015 and is encouraged by the Department for Transport document ‘Investing in the South West’ which details how it plans to help the region grow and prosper.

Published last week, in the publication’s foreword, Transport Secretary Chris Grayling says: “The government is already transforming connectivity through the South West by creating a continuous dual carriageway along the A30 through to Camborne and, in the longer term, we aim to extend this to Penzance.”

Mr Thomas said: “If we can get this final stretch of the A30 included in RIS2 towards the end of this year, I believe it would open the door for a number of exciting projects that will improve the quality of life here in West Cornwall.

“A Bay to Bay cycle path, stretching from Mousehole to Hayle, has already been identified and I believe the construction of a new Crowlas bypass would also create opportunities to improve and extend the wildlife reserves at Marazion and Hayle Estuary, improving our climate resilience.

“I very much hope that Highways England will consider making a similar sort of investment in West Cornwall if and when the final stretch of A30 dual carriageway is given the go-ahead.”

Next week Mr Thomas is hosting the latest in a series of meetings to discuss the A30 with representatives from Highways England and Cornwall Council, roads campaigners, environmental groups and local councillors.