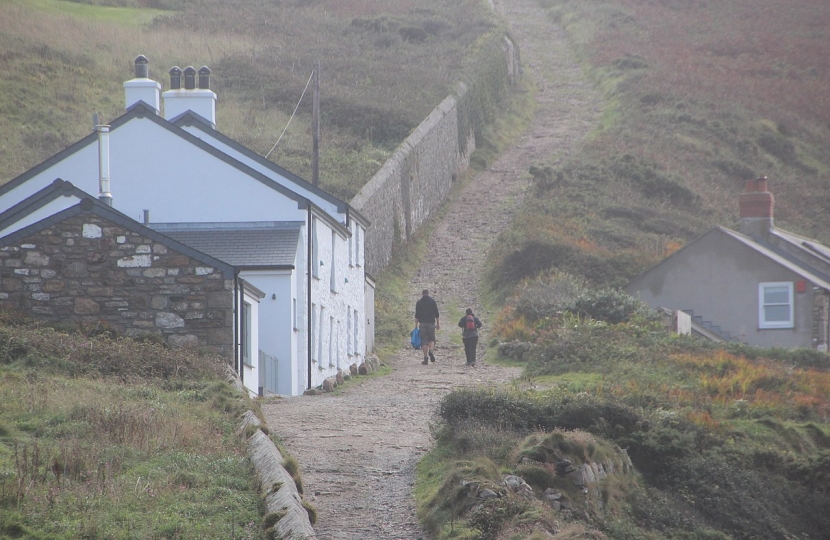 In leading a Westminster debate to mark its 125th anniversary, Mr Thomas said the National Trust (NT) is “a fantastic institution that is part of Britain and our global offer” but went on to list a litany of complaints from his West Cornwall constituents which, he said, provided increasing evidence that the NT was “reaching far beyond what people believe is their purpose and function”.

“It is acting as a completely unaccountable body that can imposition lives and livelihoods without any right to reply or recourse, taking no concern for how long it takes to engage even when individuals and businesses are seeking to proactively engage and appease NT staff,” he said.

The complaints received from constituents include:

Having already written to the Charity Commission requesting they look into NT practices, Mr Thomas said consideration should be given to creating an Ombudsman for people who believe they are being treated wrongfully or poorly by the NT so that they have a method to be heard and for the NT to be held to account, in particular on the way they interpret their covenants (in some cases preventing farmers from carrying with normal farming practices such as removing stones from fields).

“Farmers, business owners and home-owners tell me they need an Ombudsman because the cost of litigating to defend themselves is far too high so they buckle under the pressure,” he added.

“I have a positive history with the National Trust - I have tremendous respect for their volunteers who do good work in West Cornwall, I enjoy a good relationship with many of the staff.”

“I don’t believe the Trust is rotten to the core but there is certainly rot within the organisation. 125 years on there is a need to review how it operates to ensure that it delivers on its primary purpose and charitable aims.”

The school, which has served the village for 135 years, is part of the Keskowethans Multi-Academy Trust; in March 2017, the Trust disclosed plans that it was considering the option of closing the school due to falling pupil numbers.

There are three stages to ensuring that Penzance has a harbour fit for the 21st century and resilient enough to withstand the expected increased weather-related stress from rising sea levels and more extreme weather.

Derek has discussed the wide-spread concern of speeding in rural villages with Devon and Cornwall's Police and Crime Commissioner Alison Hernandez.

Late in 2015, members of the St Ives Coastal Community Team approached Derek, asking for support in their bid for Growth Deal funding to create a Workstation hub for the digital sector at the disused Malakoff building enjoying spectacular views of St Ives harbour.

The college’s dilapidated buildings, particularly on the Upper Site, have been a cause for concern for many years.