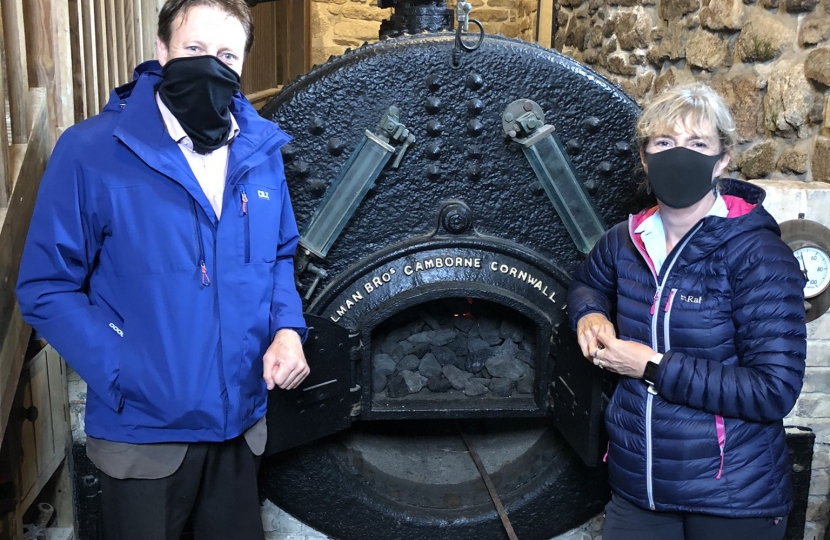 The National Trust is one of the largest landowners in West Cornwall, owning 40% of the Cornish coastline.  It was founded to protect land property of natural beauty or historic interest - or both, in the case of places like Levant Mine.

In recent years, it has been accused of neglecting its duties as a landowner, especially in West Cornwall.  It has seemed to be pursuing its own commercial interests at the expense of its tenants and neighbours.  It blocked green developments such as solar panels on private land. It only allowed other work on the payment of a “levy” or after months of delay.  Its over-commercialisation of Levant Mine upset many local people, including relatives of those who died in the tragic Man Engine disaster a hundred years ago.

I do not believe that the trust is rotten to the core, but there is certainly rot within the organisation.

Since Derek’s intervention, the National Trust has been working with him to improve relations with the local community.  The backlog of complaints is being cleared.  Disputes with local businesses have been resolved.  And, at Levant Mine, the Trust has stepped back from over-commercialisation, leaving opportunities for local businesses like Geevor Tin Mine.  The Trust concentrates on showcasing an important part of Cornwall’s mining heritage, the only working Cornish beam engine still on its original site.

Wednesday’s meeting at Levant Mine was a chance for the Director-General of the National Trust, Hilary McGrady, to meet Derek outside of a Zoom call, and pledge to work together on balancing the needs of protecting Cornwall’s heritage with the needs of local businesses and communities here in West Cornwall.

I was delighted to welcome Hilary to West Cornwall and hear how committed she is to resolving the issues I have been highlighting.  We’ve agreed to meet again on a regular basis, and ensure that the National Trust works for communities here.  It does a great job for the many national and international visitors to our wonderful Tin Coast - we are united in our commitment to ensure National Trust works for Cornwall.