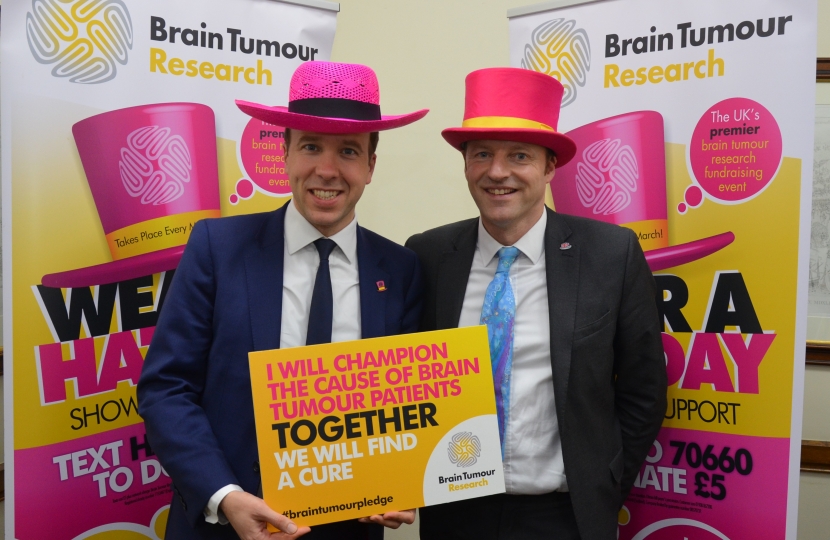 Derek with Health Secretary Matt Hancock at a Brain Tumour Awareness event in 2017.

Currently, despite being the number one killer of young people between the ages of 18 and 40, brain tumours receive just one per cent of the national spend on cancer research.

Mr Thomas, who chairs the All Party Parliamentary Group (APPG) on Brain Tumours, used the occasion of March being Brain Tumour Awareness Month to request that Boris Johnson meet him to receive a petition when it is safe to do so.

“We know through Covid that properly funded research really can bring improvements in care, treatment and a cure.”

The Prime Minister agreed to the meeting and praised Mr Thomas as a champion of research into brain cancers: “I know how vital research is,” he said. “Too often people do not appreciate the number of people who are victims of brain cancer; we have put £40 million into brain tumour research and we will certainly put more (in).”