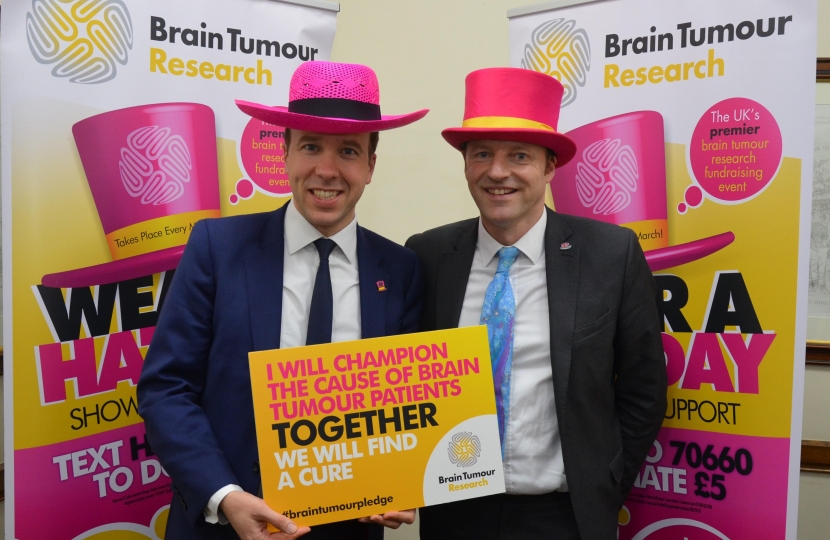 At PMQs, Mr Thomas, who is chair of the Brain Tumour All Party Parliamentary Group (APPG), invited the Prime Minister to meet members of the group to discuss how to improve the life chances of children and young people who survive a brain tumour but are left with brain injuries.

“Essential therapy and support for children and young people in this situation is not consistent and often lacking, leaving them with significantly impaired life chances,” he said.

In response, Mrs May praised the work of the APPG and said that those diagnosed with cancer, including children with brain cancer, will benefit from a tailored recovery package, individually designed to help them to live well with and beyond cancer.

“Not just dealing with the cancer, but thereafter is an important element of this,” she said.

“NHS England is accelerating the roll-out to ensure full implementation by 2020, as recommended by the independent cancer taskforce.”

Later in the day, Mr Thomas welcomed Health and Social Care Secretary Matt Hancock to an event which raised awareness of the debilitating effects of brain tumours.

Brain cancer remains the biggest cancer killer of children and people under 40 years of age despite a £45 million funding boost from Government and Cancer Research UK shortly after Mr Thomas became APPG chair and he is urging people to take part in ‘Wear A Hat Day’ to raise awareness and funds for brain tumour research on Friday, 29th March.

“The funding announced last year was very welcome and is encouraging the clinical and scientific communities to explore new avenues for diagnosis and treatment in the future in order to create a genuine step change in survival rates for one of the deadliest forms of cancer but we can still do more,” he said.

“As I pointed out at PMQs, the life prospects of those surviving brain cancer are not as good as they should be and we must continue to raise awareness and funds so that people with brain tumours have the best possible chance of a cure and are able to lead a fulfilling life after treatment.”

A number of shops in Helston, St Ives and Penzance will take part in the ‘Wear A Hat Day’ campaign by having a collection tin in the shop.