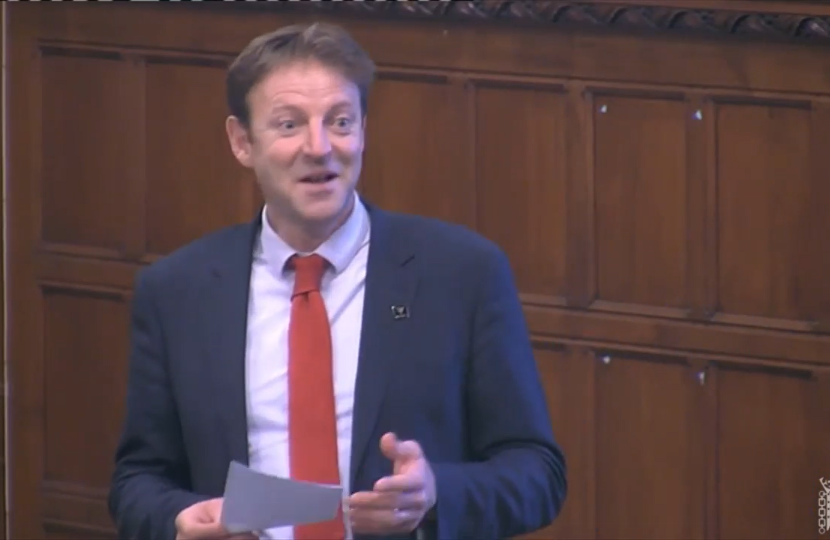 Derek has spoken up for a National Food Strategy, which will ensure nutritious, locally-grown food for everyone in the United Kingdom.  Improving the nation’s diet will be a partnership between producers and consumers, and Derek spoke about Cornwall’s food producers and farmers.

The National Food Strategy was commissioned by Michael Gove when he was Secretary of State for the Environment, Food and Rural Affairs (EFRA).  The report was written by the restaurant owner and food consultant Henry Dimbleby during the early part of the pandemic, and captures the need to secure food supply and ensure that children in the poorest families are not left behind.  The strategy also seeks to drive down foods with high sugar and salt content without driving up the cost of food, reversing the trend away from prepared meals with poor nutritional value.

At the same time, the strategy proposed a Land Use Framework that would identify where we can meet our needs – for food production, as well as carbon sequestration and biofuel production.  Now that Britain is no longer in the EU, it does not have to follow the Common Agricultural Policy, and can incentivise land management for to the UK’s needs, both for environmental protections and to ensure food security.

Derek’s speech focused on the advantages of the UK producing its own food:

“A successful UK food and farming sector delivers healthy food for our nation. It delivers a reduced carbon footprint and reduced food miles. It is much easier to trace what is in our food and where it comes from when it is produced here, locally. We are much more confident about the standards of animal welfare and of the things that we put on our land to encourage our crops to grow.”

Derek also urged the Government to favour British food in all public sector procurement, especially schools, to ensure that children in schools get the locally-grown, nutritious food they need.

As Derek pointed out in the debate, the National Food Strategy will require a joined-up approach crossing departments – not just the Department for EFRA but also the Departments for Energy and Industrial Strategy, Work and Pensions, Education and even the Home Office (who have just agreed to allow more visas for agricultural workers).

The EFRA minister, Jo Churchill, promised at the end of the debate to support British farmers, and to act on Derek’s proposals.

“I have been following the development of the National Food Strategy as a member of the EFRA Select Committee – I was very impressed with the report, and I want the government to adopt Henry’s ideas as soon as possible.

“I was pleased to hear the Minister commit to bringing forward the government’s response to the National Food Strategy in January, and to support its important work across all departments.”