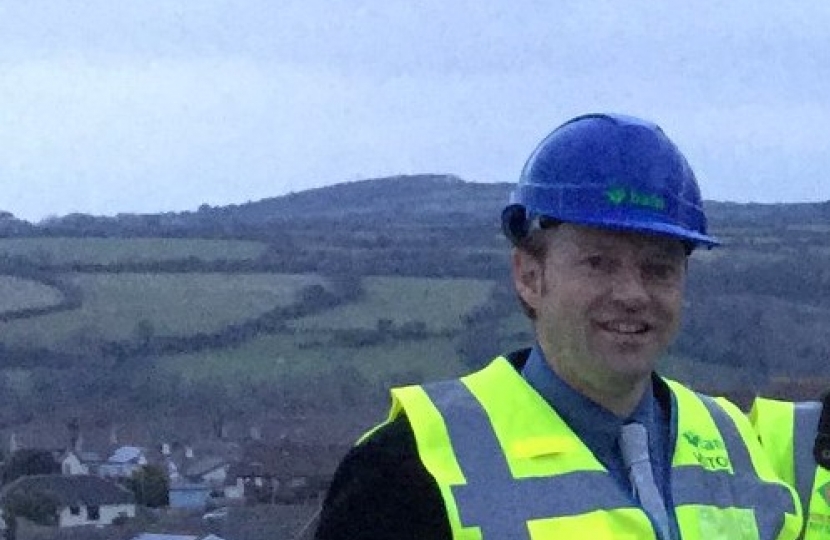 Derek met with Cornwall Council last week to discuss the housing issues in Cornwall.  Here is his report:

MPs locked horns regularly with the Lib-Dem led administration of Cornwall Council prior to May’s election on housing issues but it is only now, as we work with the new Conservative administration, that the true scale of the problem is exposed.

Council-owned properties empty, poor maintenance of housing stock, very little progress in getting other empty homes back in use, 25,000 approved properties not built, and a stark lack of availability of housing across the board from temporary housing through to those who have key jobs but little prospect of living nearby. Not all of these are the direct responsibility of Cornwall Council but the previous administration certainly lacked a determined focus or desire to use every tool in the box to fix the problem.

This has changed completely - since May’s election the six MPs have met twice with the Council Leader Linda Taylor, and her team and senior Council officers. The agenda item both times has been housing and we received a very open and honest response from officers in a meeting on Friday who appeared equally determined to get on with attacking this problem.

After six years of pressing for a particular model to be included amongst other housing solutions it seems I may finally have made a breakthrough. I’ve championed the model known as rent to buy in Cornwall since first elected. A new home is rented at an affordable rent to a working family on a lifetime tenancy. In time the family has the opportunity to purchase the property and receives 10% of the property value to help. Previously this has been blocked as a tool to offer affordable homes because the model protects the home as affordable for 20 years rather than in perpetuity. No public money is used to build these properties and a Southwest organisation that had identified £multi-millions to provide affordable homes in Cornwall was blocked by the council. These homes would have definitely eased the pressure on hundreds of families who are now paying high rents in insecure properties. Council officers are committed to looking again at this model to see what part it can play in providing homes for families who at the moment are a very low priority for social housing schemes.

Other areas where the effort must be stepped up is to look at empty homes and publicly owned land. It was a surprise to learn that Cornwall Council are working to bring nearly 100 of its own properties in to use - a very discouraging fact for other council officers who are tasked with meeting emergency housing demands. We also know that well over 2,000 homes sit empty. These are privately owned and can be very difficult but the Council must step up the effort in this area.

All six MPs are fully supportive of this renewed effort by council officers. Furthermore we know the Council, MOD, police and NHS own land and, in some cases empty houses, that must be utilised for housing. No stone will be left unturned in the effort to provide local housing.