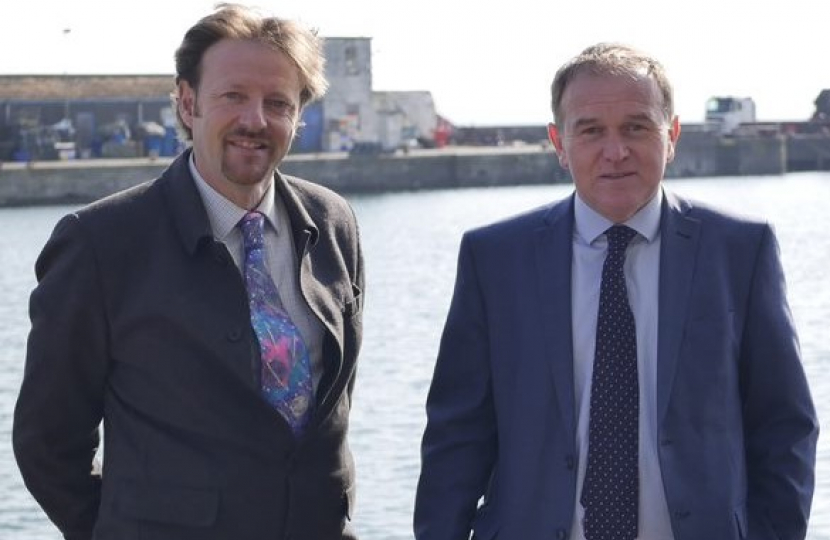 People expect the PM not to mislead them - and I wholeheartedly agree - but this standard should also apply to the media and the political opponents of the Conservative Government and Conservative MPs.

Soon after the Brexit vote Cornwall’s Conservative MPs secured the commitment that the level of funding Cornwall and the Isles of Scilly receive from British taxpayers via Brussels would be maintained once the UK had left the EU. With the recent announcement of Cornwall’s share of the UK Shared Prosperity Fund (a greater amount than the entire country of Wales is receiving), the Government has made good on this promise. Opponents of ours are saying otherwise because they choose to ignore the funds coming into Cornwall that were not available previously and they overestimate how much the amount Cornwall received via Brussels.

A back of the envelope quick calculation puts Levelling Up, Community Ownership Funds, High St and Towns Funds at £145m and the Shared Prosperity Fund is £132m. The House of Commons Library (a completely independent research service for parliamentarians) puts the money received via Brussels at £50m per year on average between 2010 and 2018. The £100m a year that Conservative opponents claim Cornwall and Scilly would be receiving from Brussels if we remained in the EU is not a figure the House of Commons Library recognises or supports.

Thanks to the efforts of Cornwall’s MPs (we picked up this issue within days of the Brexit Referendum result) Cornwall and Scilly will have more per head of population through the Shared Prosperity fund alone than any other part of the UK and many of the bureaucratic process imposed by Brussels are dropped ensuring much more of the money will actually get to the parts previous fund did not reach. Just ask organisations that are still in receipt of EU funding how complicated and irksome the monitoring process is for claiming cash for services already delivered.

In addition to the funds I’ve already mentioned, Cornwall and Isles of Scilly are included as areas to receive Start for Life Funding, Community Housing Funding, Arts and Culture Funding, Community Renewal Funding and the list goes on. I’m sure this debate will run and will form content (both accurate and inaccurate) on election leaflets so I’m keeping account of the funds allocated to our area. Cornwall and Scilly would do well to concentrate on how we might use these funds to genuinely transform lives and opportunities in Cornwall rather than bicker about how poor Cornwall is. This attitude does nothing to support aspiration and ambition which I can tell you abounds across the Duchy amongst businesses despite the challenges they face. Our job as MPs is to ensure these funds are used wisely and the decisions made regarding what gets funded are made in close consultation with business and industry across Cornwall and Scilly. This is where the jobs nurtured and built and employers, more than any other, understand where the gaps are as far as skills and workforce is concerned.

This week two opportunities arose to drive to improve outcomes for people who have brain tumours particularly focused on children. There are no words to describe how horrendous it is to be told your son or daughter has a serious illness and the saddest moments are when I sit and listen to other parents who are either facing this or have lived this and possibly lost their little one. On Tuesday morning the inquiry I am chairing on behalf of the All Party Parliamentary Group on Brain Tumours took evidence from three clinical specialist who have devoted their work to children with brain tumours and brain cancers. They spelled out the difficulty faced trying to run clinical trials of new treatments for childhood cancers and they talked through the harm left with a child even if removing the tumour is successful.

The same day we had a debate on the subject of childhood cancer outcomes in the Commons Chamber and I focused my comments on what is known as acquired brain injury. A brain tumour in a child is very different because the child’s brain is growing and developing, and the tumour is ‘caught’ up in this development. The existence of the tumour itself causes injury to the child’s brain. Then comes the likely surgery which causes injury also. Follow this by the radiotherapy which adds to the harm caused and then any drugs administered can damage the brain. So, as is more often the case these days, the child recovers from the tumour or cancer itself but these young lives are left with lifelong injuries that curtail their development, life experience, life chances and ultimately life expectancy. But I’ve learned that with improved treatment during the illness specifically tailored to children at their stage of development followed by intense timely therapy and rehabilitation, these outcomes can be greatly improved. In other words, children are living with acquired brain injuries today that could have been avoided.

What to do about it? The Government announced the plan for an Acquired Brain Injury Strategy in November last year, a call for evidence is live at this moment and I’m arguing that the strategy must include a dedicated chapter for children addressing the treatment itself and the commitment to rehabilitation for as long as necessary.

Lloyds Bank have now closed their branch on Scilly which is regrettable but not surprising. The bank has committed to an ongoing service and engagement with and for residents, but I believe we need to go much further. I recently had a constructive discussion with a representative from another bank that has left the islands to explore the possibility of some kind of bank hub or for different banks and financial services to be collocated on Scilly.

I’m over next week and will explore the appetite for this with the Council and other representative organisations.