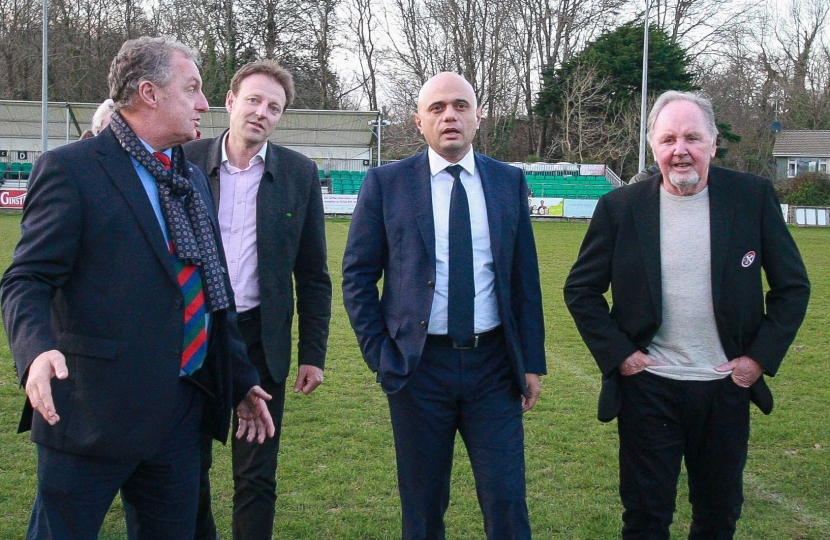 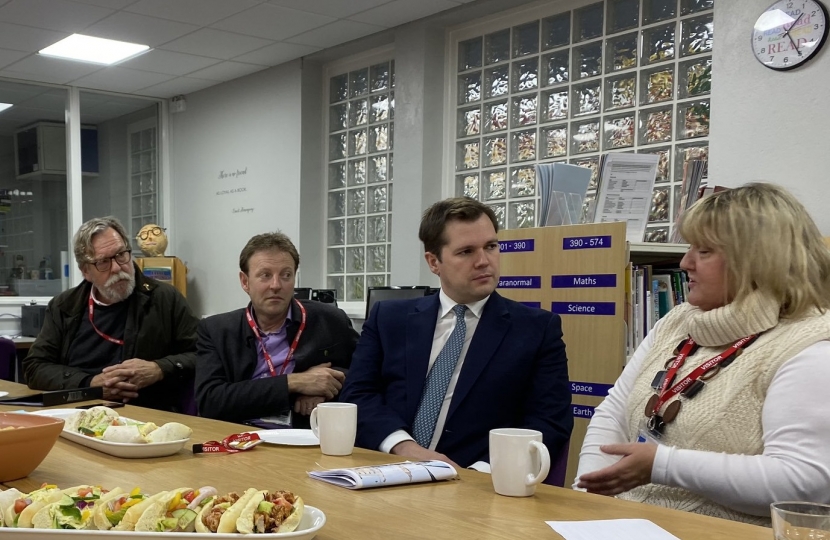 Sajid Javid, the Chancellor of the Exchequer, came to Penzance where he was shown around the Cornish Pirates’ ground in Alexandra Road and discussed the Stadium for Cornwall project before enjoying fish and chips at the Seaview restaurant.

The Chancellor hailed the partnership working and the benefits for Cornwall of having a stadium, not just in sporting terms but also for the resulting community and economic benefits and praised the efforts of Derek Thomas in supporting efforts to realise the ambition of the stadium.

Derek said: “Since 2009, I’ve been supporting the Stadium for Cornwall and have worked hard to ensure this sports facility gets built which will not only be the home of elite Cornish rugby and football, but also serve as a large venue for entertainment and improve access to sport for all!

“The stadium is now within reach and I will continue to work closely with stadium partners and the Government to ensure we get this ‘across the line’.”

Two days later, the Secretary of State for Housing, Communities and Local Government, Robert Jenrick, visited St Ives School to talk to teachers, local community leaders and representatives of the St Ives business community about how to access up to £25 million of Towns Fund investment.

Three months earlier, the Secretary of State had announced that St Ives, along with fellow Cornish towns Penzance, Camborne and Truro, had been invited to bid into the £3.6 billion Towns Fund.

Since that announcement, local stakeholders have worked to take the project forward and at a meeting at St Ives School, after hearing some of the ideas being put forward for funding consideration, the Secretary of State explained that the Towns Fund was focusing on economic development.

“This fund is looking at ways we can use investment to create higher wages and better skilled jobs, helping to improve the economic future of towns,” he said.

Mr Jenrick added that the significant size of the fund would enable towns to put forward more than one project and that he hoped there would be a dialogue between towns and central government to ensure that examples of best practice were widely available.

Mr Thomas said that the Secretary of State’s visit had been “extremely useful”.

“The Secretary of State was very impressed with the enthusiasm and dynamism of the St Ives group who have already come up with some ideas which look as they will fill the Towns Fund criteria,” he said.

MP Derek Thomas has hailed the news that more than 40% of people in his West Cornwall constituency have already received a Covid vaccine as ‘an amazing achievement’.