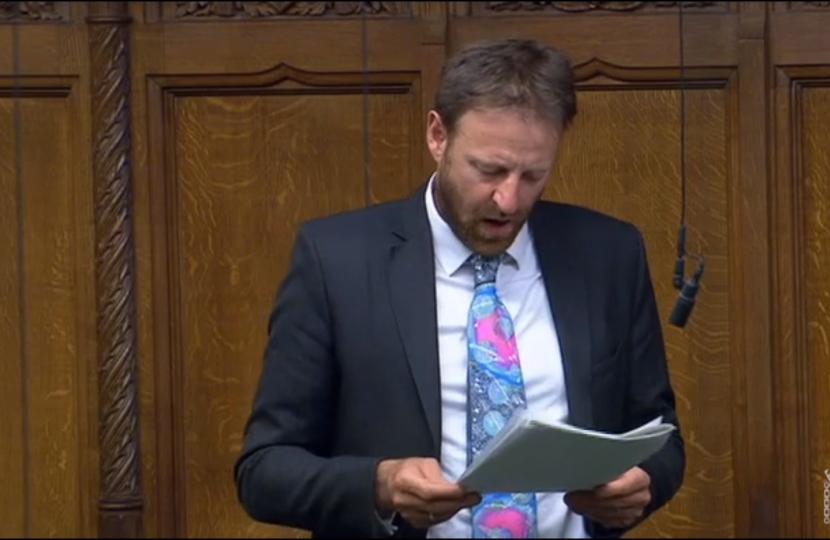 West Cornwall MP Derek Thomas has spoken out on behalf of leaseholders who signed up to affordable home ownership schemes in a Commons debate on the Fire Safety Bill earlier this week.

The Bill must be approved by both the House of Commons and the House of Lords for it to become law and if it is not passed this week, it will be dropped - although the Government could choose to carry it over to the next session of Parliament.

However, the issue of who should pay for fire safety work has become a sticking point, with the House of Commons repeatedly voting to reject Lords amendments on the subject.

Although the Housing Secretary announced a £3.5 billion fund in February to help those affected by the new guidelines, thousands of leaseholders are still currently facing large bills to pay for safety improvements following the Grenfell fire which killed 72 people and Mr Thomas highlighted the specific plight of people who had bought into affected buildings through affordable home ownership schemes.

He said that despite owning only part of the value of their flat, leaseholders are potentially liable for 100% of the share of the costs.

“In effect, they are subsidising their landlords, who own the remaining percentage of the value of the flat but pay nothing to remedy the defects,” he said.

“Leaseholders have always had to pay for the maintenance and upkeep of buildings they do not own, owing to the way leasehold agreements work, but the building defects and costs involved to fix them are beyond what anyone could have contemplated.”

Mr Thomas described the case of a future constituent who currently owns a one-bedroom flat in the Olympic village in London, in which she has a 35% interest, and who is seeking a move to West Cornwall.

However she could face having to pay 100% of a £50k-plus remediation bill as her share of work to make the block fire safe and adhere to the Government’s new guidelines despite owning only 35% of the property.

Whatever the outcome of negotiations with the developers over their possible contribution to remediation work, it is highly unlikely she will be able to sell property for years to come and buy into the Cornish economy by purchasing a house.

Mr Thomas said he supported Dr Liam Fox’s ‘very pragmatic’ proposals to unlock the deadlock’ which he hoped the Housing Minister would consider.