Affordable Homes in Devon and Cornwall 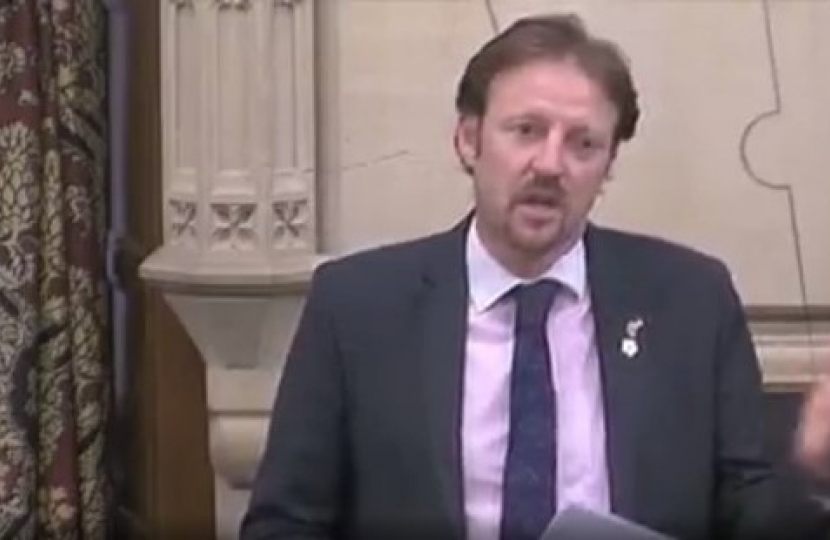 Derek has demanded changes to the law to address the housing crisis in Cornwall by making long-term tenancies more attractive to landlords than holiday lets.

Derek was speaking in a debate about affordable homes in Devon and Cornwall, held in Westminster Hall in the Houses of Parliament.  Westminster Hall debates enable backbenchers to raise issues affecting their constituents, and force a response from a government minister – today, the Housing Minister Stuart Andrew.

Derek pointed out that Cornwall had the highest net internal migration of any local authority, and the pressure on the housing stock is growing.  This pressure is not helped by houses being left empty by Cornwall Housing, housing associations and churches, and also by family homes becoming second homes or holiday lets.

“The situation is urgent right now, I have so many constituents who are in a desperate situation and it needs rapid and effective intervention that provides a secure home for life.”

Derek repeated his demand that the new powers are needed and should include preventing new houses being used as second homes in perpetuity, and requiring a licence before houses could be changed from primary residences.

Derek went on to argue that government policies had unintended consequences, and had in effect driven private landlords out of the rental market.  Changes to the taxation of rental income – mortgage payments are no longer allowed as an expense before tax – has made long-term renting less attractive than holiday lets.

“Government policy is effectively driving landlords out of the market…  Landlords are just saying we’re not going to do this any more, we’re going to flip our homes into holiday lets.”

Energy Performance Certificates also provide incentives to switch to holiday lets – rental properties are subject to rules about energy that holiday lets are not, which means there is another incentive for landlords to become a holiday let than rent their property to a long-term tenant.

“I don’t object to improving homes, but my concern is that the landlords are increasingly subject to EPC requirements in a way that the holiday lets are not.  And the situation is going to get much worse.

“We are losing these valuable homes, that people enjoy because of legislation that applies to private landlords but doesn’t necessarily apply to holiday lets.  I don’t believe it’s a level playing-field.”

In response, the Housing Minister said that he was considering all options and would be holding a round-table with MPs and other partners in the South-West to discuss their suggestions.

A transcript of Derek's speech is available here