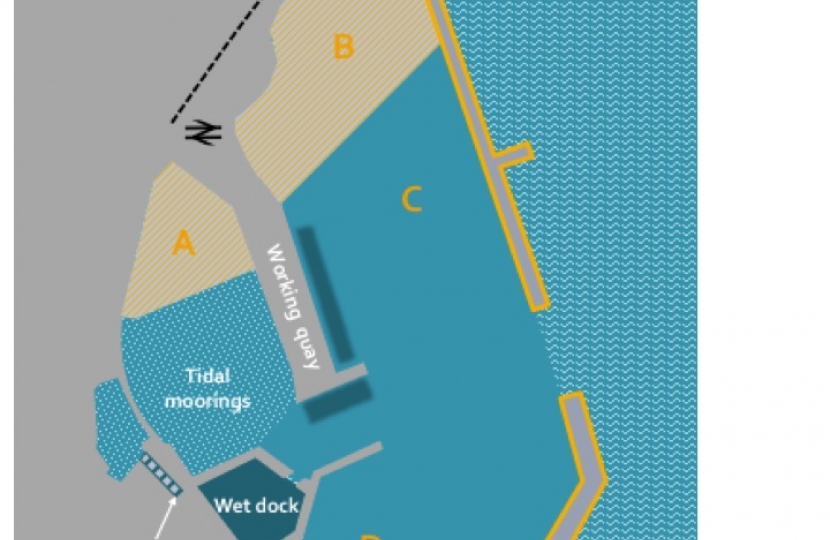 There are three stages to ensuring that Penzance has a harbour fit for the 21st century and resilient enough to withstand the expected increased weather-related stress from rising sea levels and more extreme weather.

Derek arranges for the Penzance Neighbourhood Plan team to talk to Sajid Javid about the bid.

The bid was unsuccessful, primarily because the scheme is not “shovel ready”. Derek remains confident that a future bid can be successful if Cornwall Council carries out £200,000 preparation work which would be reimbursed once the bid is successful. Derek’s view is that, as owner of the harbour, Cornwall Council have a responsibility to improve it and should invest the money without delay.

Step 2 is reliant on Step 1 and no source of funding has currently been identified.

Penzance Place-Shaping Group hears that the application for funding should be ready for submission by January 1st, 2018; the deadline is expected to be early in 2018.